Dan Makoski is Chief Design Officer at Lloyds Banking Group, leading a multi-disciplinary human-centred team with the singular goal of helping Britain prosper through compassionate and courageous Design. His mission is to thoughtfully design epic experiences in collaboration with the people who inspire us to innovate.

Before joining the Group, Dan was Head of Design at the Fortune 1, started Project ARA at Google, designed the original Surface at Microsoft, led design research globally at Motorola, and was the first VP of Design at Capital One. Dan began his career at the world’s top design agencies, and even started his own at one point. The common thread across his career is the belief that Design is most powerful when it's an expression of humble service, and innovation is most impactful when it fosters openness and inclusion.

Dan and his family moved to London in July 2018 directly from the Silicon Valley in California. He has 3 incredible kids who are now old enough to start exploring the world on their own – leaving him and his wife with lots of free time they don’t know how to use! When he isn’t talking about Design or his family, Dan loves to “bust a move” on the Hip Hop dance floor…so much so that he even knows seven versions of the running man. 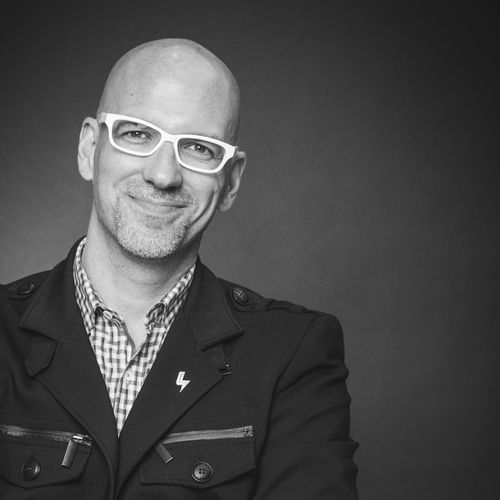 In the world of Design, there are pioneers and settlers. Settlers enjoy the relatively comfortable creative environments of agencies, studios, competitive consumer projects, and now even tech powerhouses. Pioneers thrive on charting new territory in places where Design is only beginning to be seen as a strategic superpower.
Come and hear from a pioneer who has been pushing the boundaries at places such as Microsoft at the turn of the century, or Walmart as it was regaining its footing against Amazon, and now to a financial icon in the UK with several hundred years of history: Lloyds Banking Group.
Now in his second year as Chief Design Officer, Dan will share his strategies, stories, and suggestions on how any Designer, at any sized organisation, can become a pioneer.